5 movies to see in Christmas 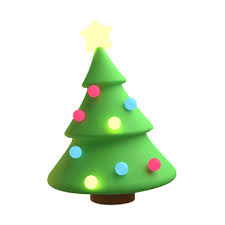 What will you do for Christmas, go to see movies, or maybe hang out with your family? Here are some Christmas films that I will introduce to spend your Christmas, with so many to choose from, here are some that I suggest.

1. Christmas Chronicles is about kids named Kate and Teddy Pierce, and they had a plan to capture Santa Claus. On Christmas, they set traps to get Santa. Somehow they had to stay up late until he came, so they chose to eat lots of sweets. The plan went awry and unexpected.

2. Home Alone 2 is about a kid described as Kevin McCallister, who is once again separated from his siblings. Instead of going to Florida for Christmas, he accidentally enters on the wrong flight. He travels to New York all by himself.

3. Christmas Vacation is about a character named Clark Griswold. He wants to have a perfect family Christmas. A person named Eddie and his family show up unplanned and start living in their camper. Things went unexpectedly and awkwardly.

4. Elf is about a character named Buddy that gets accidentally transferred to the North Pole as a kid, and he is unable to shake the feeling that he does not fit in since he is taller than the rest of the elves.

5. Gremlins is about a salesman who tries to obtain a gift for his son. He finds a gift at a store in Chinatown. The shopkeeper was a person who did not want to take action to sell him a creature called the mogwai.