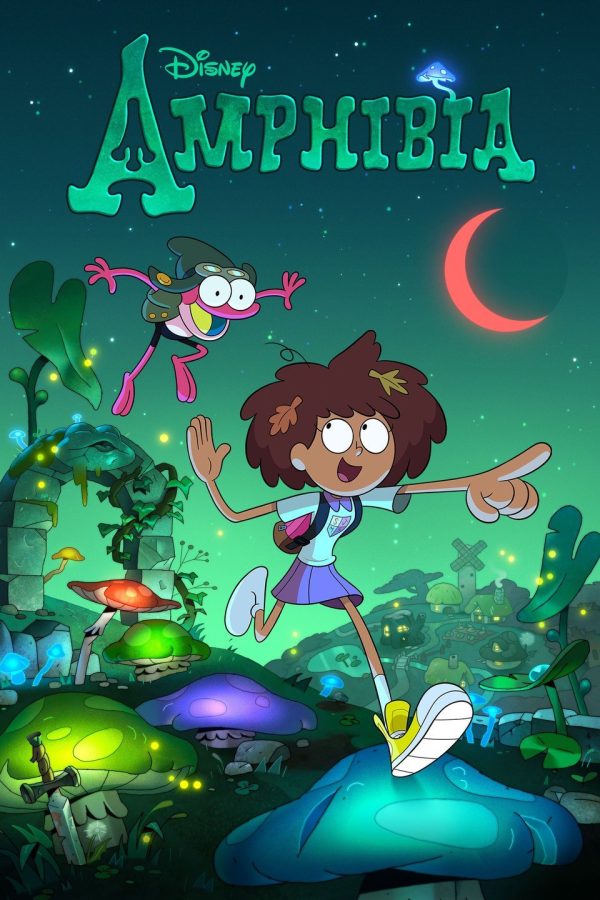 THIS REVIEW WILL INCLUDE SEASON 1, SEASON 2, AND SEASON 3 SPOILERS  OF AMPHIBIA- IF YOU HAVEN’T WATCHED THE SHOW I HIGHLY RECOMMEND YOU DO.

The Poster for season 3 of amphibia. Photo by IMDB.com

According to Awn.com,  in an interview with Matt Braly  Amphibia was Inspired by creator and executive producer Matt Braly’s heritage, family, and childhood trips to Bangkok, Thailand, Disney’s animated series chronicles the adventures of independent and fearless teen Anne Boonchuy after she is magically transported to a rural marshland full of frog people. There, Anne meets the excitable young frog Sprig Plantar, unpredictable pollywog Polly Plantar, the youngest member of the Plantar family, and overprotective and traditional grandfather Hop Pop. Stuck in this fantastical world of amphibians.

“You may get to the end and not realize you missed the journey completely.”-Matt Braly

What I think this  quote means is that if you don’t appreciate the journey your gonna end up Regretting not enjoying the journey.

SEASON 1
According to Amphibafandom.com, Amphibia is the chronicles and the adventures of 13-year-old Anne Boonchuy, who is magically transported to the fantastical world of Amphibia, a rural marshland full of frog-people. There, she meets an excitable young frog named Sprig Plantar, his unpredictable sister Polly and overprotective grandpa Hop Pop. With Sprig’s help, Anne will transform into a hero and discover the first true friendship of her life. Unbeknownst to Anne however, her other friends were also teleported to Amphibia and were forced to adapt in their ways, for better and for worse.

According to Amphibafandom.com,  Following Anne and Sasha’s duel and the destruction of Toad Tower, the second season centers on Anne and the Plantars traveling to Newtopia to learn more about the Calamity Box and find a way home while having wacky adventures on the way. After she and the Plantars end up in Newtopia, Anne reunites with her other friend, Marcy who introduces them to King Andrias, the ruler of Amphibia who helps them understand the nature of the box before Anne and the Plantars return to Wartwood to prepare for their missions to recharge the box.

In the season finale, however, Andrias reveals his true personality as a maniacal tyrant and reveals that he wants to conquer the Earth with Anne and the rest trying to stop him with Polly growing new legs and Anne using her Calamity Box powers to fight Andrias. The finale ends with Anne and the Plantars being transported to Earth, Marcy being kept in a comatose state inside a rejuvenation tank and Sasha and Grime escaping Newtopia Castle.

SEASON 3  According to Amphibafandom.com, Following the climactic season 2 finale, with Anne and the Plantars getting transported to Earth, the third and final season mostly centers on Anne and the Plantars adjusting to life on Earth while searching for a way back to Amphibia – with Anne’s parents’ help, all while keeping the Plantars’ identities a secret. Meanwhile, in Amphibia, Sasha and Grime form a rebellion known as the Wartwood Resistance in order to fight Andrias who, as of “Olivia & Yunan”, has let his master possess Marcy while he tries to kill Anne so that she would not stop his plan.

In the episode “Escape to Amphibia”, the portal to Amphibia is nearly finished, but Anne is forced to face Mr. X one last time when he captures the Plantars and brings them to a secret FBI compound. Following a rescue mission, Anne harnesses her Calamity Box powers to supercharge the portal and lead the Plantars back to Amphibia, only to find it reduced to a wasteland. Anne and the Plantars soon join the Wartwood Resistance and are currently figuring out ways to make a dent in Andrias’ invasion, defeat him and save Marcy. In the second part of “The Beginning of the End”, Anne and her friends finally learn of what Marcy has become. She is now called “Darcy” while under the influence of the Core and is captured during their final attempt to stop the invasion. In the episode  “All In”, the crew manages to escape and split with Anne facing off with Andrias while Sasha duels with Darcy all the while Marcy comes to realize that it is far from right for her to force Sasha and Anne into sharing her interests all the time. Eventually, Darcy and Andrias are defeated and the reunited trio returns to Amphibia. 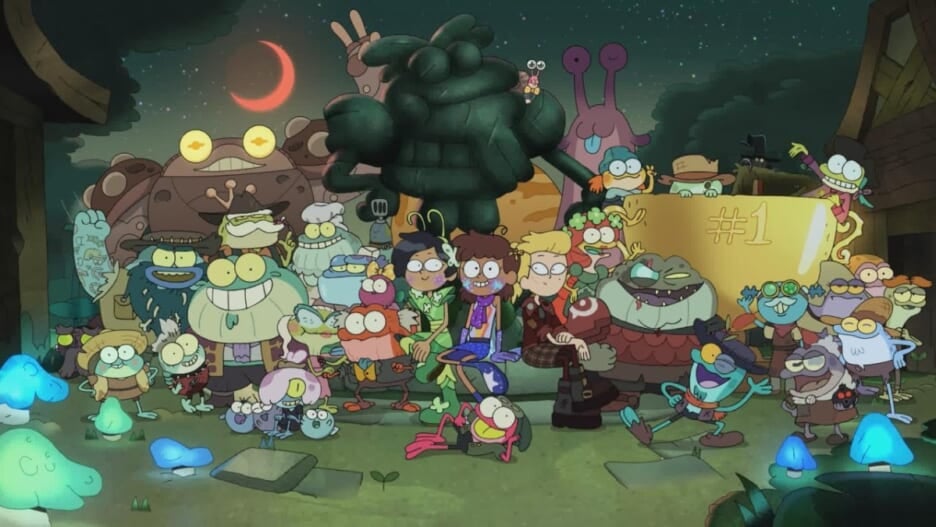 According to dinseyshowwiki.com, The Main Characters in Amphibia Are…

On Braly as Ms. Boonchuy

The poster for the episode All In. Photo By  Bsckids.com

Amphibia is a great tv show, although some of the characters could have been better roles, and the pacing could have been slightly better. All in all, Amphibia is still an amazing show. If you haven’t watched all the amphibia episodes, I would 100% recommend you watch them. In my opinion, it’s one of the best Disney Tv shows that have come out in the past few years. Once again,I would 100% recommend watching the show even if you have watched it you should rewatch it again.