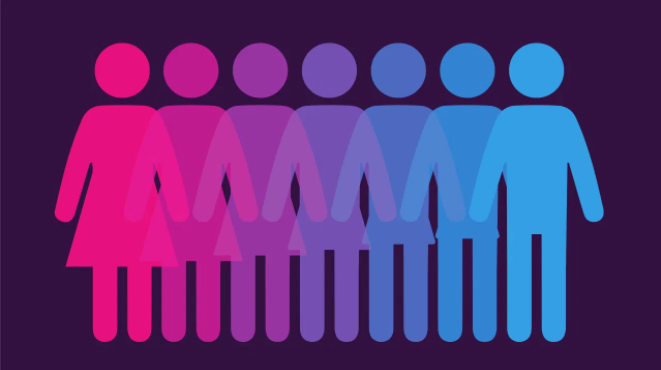 What is ¨gender¨? Gender is ¨a social construct used to classify a person as a man, woman, or some other identity. Fundamentally different from the … one is assigned at birth; a set of social, psychological and emotional traits, often influenced by societal expectations¨ according to an LGBT Resource Center. Gender is a fascinating thing. Maybe you´re reading this to learn more about gender for the sake of it, for a friend, maybe for yourself. We will go over the gender categories, and some of the genders in that umbrella. Gender is a spectrum; meaning we won´t be able to cover every single gender, but we are going to go over the most well known gender identities to simplify.

This article is for educational purposes only. Please do not ever use this information insultingly, disrespectfully, transphobically, or to make anyone uncomfortable in any way. If anyone is making you feel uncomfortable about your gender identity, please find support with the teachers or friends you trust. You do not deserve any derogatory hate, and know that you are not alone and that people are here to help you. All of these genders are valid; even if you do not support, refer to people correctly or don´t refer to them at all.

Biological Gender is the gender you were assigned at birth. Gender identity and biological gender are not the same; as identity is a psychological perception, while biology is a physical label.

Gender Identity is how you perceive yourself. It´s how you want other people to see you, usually it is linked to your choice of terms and pronouns.

Cisgender: People identifying as whatever they were assigned at birth. (Oxford Languages)

Transgender: People identifying as something different than what they were assigned at birth. This label is typically used for males and females, but other genders who fit this description can use this label if they wish. (apa.org)

Bigender: You might also hear them use the term ´non-binary´. People identifying as two or more genders. Bigenders typically use any terms or pronouns, but that depends on the person. (Merriam Webster Dictionary)

Gender-Fluid: You might also hear them use the term ´non-binary´. People identifying as certain genders at different times. Gender-Fluids typically use any terms or pronouns, but that depends on the person. (Harvard Medical School)

Demi-Girl: People identifying as female and non-binary, usually using both feminine and gender-neutral terms, depending on the person. (LGBTA Wiki)

Demi-Boy: People identifying as male and non-binary, usually using both masculine and gender-neutral terms, depending on the person. (LGBTA Wiki)

Gender Expression, also known as gender presentation; is how people choose to present themselves, whether in behavior, mannerism, style, or interests. Gender expression is not the same as gender, being focused on stereotypical gender norms and roles, rather than identity itself.