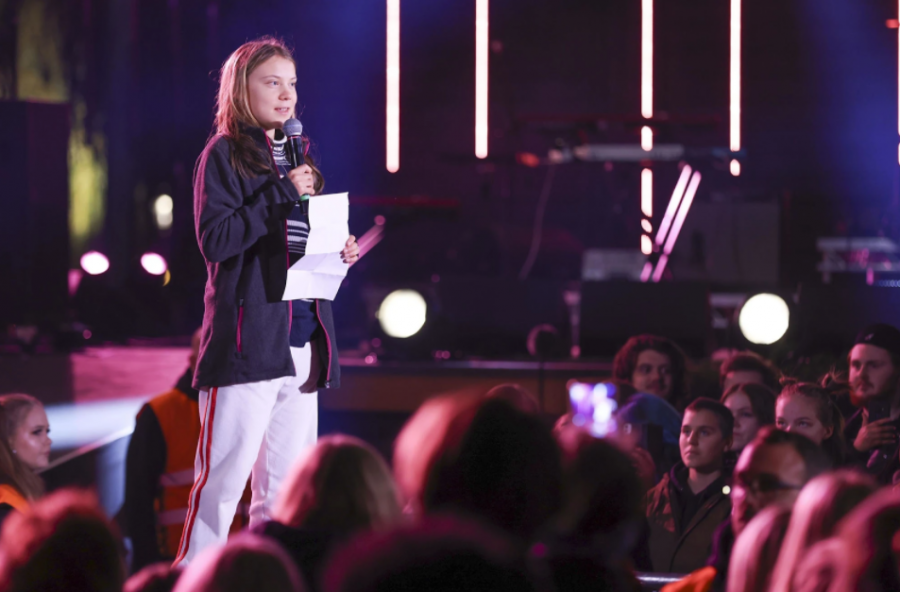 The United Nations Climate Change Conference is a conference for world leaders to discuss climate change matters. Ahead of this year’s United Nations Climate Change Conference, dubbed COP26, Climate Live was held. Climate Live is a youth-led concert for action on climate change, held in Stockholm, Sweden. Greta Thunberg stole the show, “rickrolling” the crowd in the name of climate activism.

You’ve probably heard of Greta Thunberg. After all, she’s one of the most prominent figures in the movement against climate change. But, what exactly does she do?

Who is Greta Thunberg?
Greta Thunberg is a Swedish climate youth activist. Her actions sparked a worldwide movement to raise awareness about climate change and its severities, and get attention from world leaders in an effort to spark change.

Greta believes that world leaders are not taking climate change seriously, and that change must happen fast. Her movement inspired millions of young people to join in and raise awareness, gaining attention from mainstream media and the world leaders that she is urging to take action.
Activism
Greta Thunberg learned about the climate crisis at just 8 years old, and has made many lifestyle changes to benefit the environment, like going vegan, and not using airplanes.

She has brought worldwide attention to the effects of climate change. Thanks to her efforts, the climate crisis is squarely on the world’s agenda. But, action has yet to be taken.

She captured the attention of the world in August 2018 when she protested outside the Swedish parliament for action against climate change. Her small protests had an impact on the entire world, as soon, thousands all over the world were organizing protests of their own.
Meeting World Leaders
As the face of the climate youth movement, she has been invited to speak in front of world leaders multiple times.

Known for her straightforward speaking style, many of her speeches have garnered worldwide attention. On September 21, 2019, she spoke at the United Nations Climate Action Summit, delivering what is probably her most famous speech, angrily bashing world leaders for not doing enough.

“You all come to us young people for hope. How dare you? You have stolen my dreams and my childhood with your empty words. And yet I’m one of the lucky ones. People are suffering. People are dying. Entire ecosystems are collapsing,” she said. “We are in the beginning of a mass extinction, and all you can talk about is money and fairy tales of eternal economic growth. How dare you!”
Greta Thunberg Effect
Greta Thunberg has brought worldwide attention to the climate crisis, and has inspired others to follow her footsteps. Greta Thunberg has had such a big impact on the world that her impact has a name. The “Greta Thunberg Effect”, researched and coined by Yale University. Studies show that Americans who were familiar with Greta Thunberg were more confident that when working together, they could help mitigate climate change. They also feel more empowered to take action against climate change themselves.