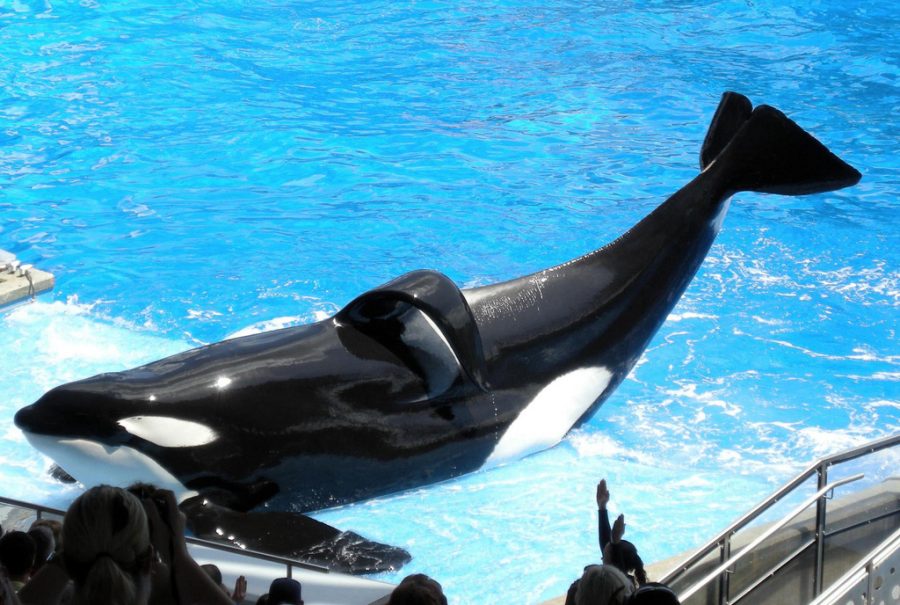 Sea world is seen as a lot of things, such as a family friendly place, a fun entertainment center, or even a place of sanctuary to sea life, but a lot of people don’t know the truth behind the

According to seaworld.com, Seaworld explains that their main purpose is to,”help our guests, and the world, explore the wonders around them, and then inspire them to take action to protect wild animals and wild places.”

Seaworld explains that they protect wildlife, but they don’t treat wildlife properly. Seaword claims they take proper care of wildlife, but at the same time puts their wildlife at severe health risk.

According to thesciencesurvey.com, “Orca whales should not be kept in captivity as it greatly shortens their natural life spans”. The natural lifespan for whales is 60 years for a male and 90 years for a female,but in captivity no orca dies from old age , and most die at the age 30 . This explains that the “sanctuary” Seaworld puts its animals into, is actually hurting them and shortens their lifetime greatly.

Why is SeaWorld so bad?:

There are many reasons that explain why Seaworld is very bad and some of the main ones are;“The inhumane conditions that these mammals endure in this theme park  include living in cramped habitats, rashes from the blistering sun, and unbalanced diets that lead to collapsed fins.”(thesciencesurvey.com)

All these occurrences should not happen to wildlife, but the condition of Seaworld puts harsh punishments on orcas and other wildlife. Not only Orcas get mistreated, but other wildlife including dolphins.

According to peta.org (People for the Ethical Treatment of Animals), they argue that “SeaWorld continues to cram 140 dolphins into just seven tanks, breeding them—sometimes forcibly after they’ve been drugged—and abusing them by allowing trainers to ride on their backs and use their faces as surfboards in circus-style shows”.

Not only are the tanks too small for the dolphins, but there are also too many dolphins in one tank, and this is bad because this causes tension between dolphins, ending up in fights and fatal injuries. Seaworld

neglects the care of its animals and puts the main focus on performing for a live audience instead.

What are the effects of Seaworld’s care?:

Seaworld’s care towards its animals isn’t very good and sometimes leaves the animals with several injuries and health risks. Seaworld’s tanks have not been appropriate  for the animals to live in, and its effect is” SeaWorld often keeps dolphins, whales, and other animals trapped with incompatible tankmates. The tension leads to fights and even fatal injuries.”(seaworldofhurt.com). There are too many animals in a small tank so it does not give the dolphins a proper living space.

The living space of SeaWorld has also caused many deaths to the animals, such as,” An orca named Kasatka was imprisoned in a SeaWorld tank for nearly 40 years. Men abducted her from her ocean home when she was only a year old. She died in August 2017, after reportedly having suffered from a bacterial lung infection since 2008. Lesions covered her ailing body before her death. In addition, her mate, Kotar, was killed after a pool gate closed on his head, fracturing his skull.” (seaworldofhurt.com).

Many people have noticed how Seaworld treats the animals and have decided to do something about it. A group of protesters gathered at Seaworld San Diego, to participate in the “Empty the tanks worldwide event”. The protest doesn’t stop there, as there were at least 70 more events similar to the one shown. (fox5sandiego.com).

Another organization that helps the animals in Seaworld is PETA. PETA stands for ‘People for the Ethical Treatment of Animals’ and is aso known as the largest animal rights organization in the world. PETA tries to o everything they can to stop animal cruelty and put this abuse to end.

In conclusion…Seaworld has caused much damage to the animals that they own. Seaworld does not have the right enclosure or facility for the animals they claim to take care of, nor proper caretakers or a correct way of handling their animals. These sea animals should not be used for show or entertainment purposes and should be in their natural habitat- or in simpler terms,  where they belong.